Study Finds CBD Effective As A Preservative For Strawberries

Study Finds CBD Effective As A Preservative For Strawberries 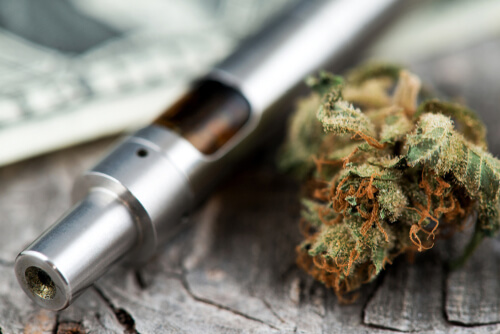 Try applying CBD to fresh fruits and vegetables, soon after their storage, and it may work in the form of a preservative that inhibits mold growth. We are not making that up, but it is as per the discovery of Florida-based researchers. It now seems that there exist CBD preservative effects that are unprecedented. That said, it is worth noting that the study has only found the above with respect to strawberries.

Cannabidiol is a potentially beneficial antimicrobial treatment option for fresh products, as per a study featured in the ‘Postharvest Biology and Technology’ journal. The researchers involved in the CBD and preservative-related study applied cannabidiol to freshly harvested strawberries after storing these at different temperatures for 18 days. They checked the fruits for microbial load and visual quality before and in the course of storage. Then, they rated the fruits on the basis of their appearance.

The study shows that cannabidiol is effective in maintaining the appearance of the fruits, above a particular minimum visual rating threshold. It inhibited the growth of mold on those strawberries. The fruits treated with cannabidiol were better in terms of quality than the ones left untreated.

Other pieces of research indicate that cannabidiol is a potent antimicrobial substance. A recent study from Australian researchers discovered that cannabidiol killed all varieties of bacteria and that it is effective in treating a mice skin infection. The aforesaid forms of bacteria included the microorganisms that could resist antibiotics. The microorganisms did not resist cannabidiol even after these were exposed to CBD for 20 consecutive days. This is quite remarkable.

Another study involving the University of Southern Denmark’s researchers used CBD in the form of a ‘helper compound’ for a better effect of bacitracin against a staphylococcus infection. For your information, bacitracin is an antibiotic. When the researchers combined cannabidiol and antibiotics, they noticed a stronger effect than the effect of treatment with just the latter. As a result, they required fewer antibiotics to kill some bacteria.

A different study discovered that another phytocannabinoid, called cannabigerol, could treat and defeat MRSA bacteria. The term ‘Methicillin-resistant Staphylococcus aureus’ refers to a group of bacteria.

Meanwhile, the Florida-based professionals’ research is only published on the web-based version of ‘Postharvest Biology and Technology. It is set to come in the standard version of that journal in March 2021.